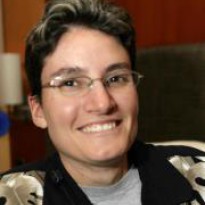 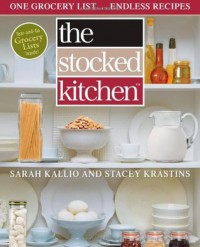 Disclaimer: my agent gave me a complimentary copy of this book. It was my decision to review it though.

I'm not much of a cook. It's not something I particularly enjoy doing, and usually will opt for putting a frozen pizza in the oven or making some Hamburger Helper. I just don't have a whole lot of time to plan and cook meals. There are a few from-scratch things I do make, like burritos and spaghetti, but that's about it. In general, I find cooking takes a lot of time and I often don't have the stuff needed to make anything different from my normal meals. And my cupboards are loaded with spices I used only once and never again (in fact I had spices in my cupboard from before we bought our house, which was eleven years ago). Needless to say, I'm not all that enthusiastic about cooking and would rather go out to eat any day of the week.

In steps The Stocked Kitchen, and in all seriousness, it's changed my perspective on cooking. Good meals don't have to take hours to prepare, and even my kids are eating it. They're notoriously picky eaters--and there's still stuff they won't eat--but to my surprise I'm hearing a lot more "Wow! This is really good!" rather than "I'm not eating that!" But my husband is the most thrilled to be eating more home-cooked meals and spending less going out to dinner. We haven't made a meal yet out of this book that he doesn't like.

The selling point for me about this cookbook is undoubtedly the shopping list. If you have everything on the shopping list, you can make anything in the book. It does take a couple attempts to figure out what you will use most often and so what to stock up on, but once you figure that out, it's easy to keep what's needed on-hand. There's also stuff that you won't use as often depending on what appeals to you, and this can mean having to throw away some fresh produce until you figure it out (I ended up wasting my fresh basil because none of the recipes I made the first week used it). It might be helpful to set out a meal plan for the week ahead of time, to avoid wasting on the fresh produce. Pretty much everything else on the list will keep a good long time before you open it and use it.

I would really give this book 4 and 1/2 stars, because it's not perfect, but it's darn near close. I live in a high altitude state, which means more cooking time and more liquids, but there's no high altitude directions included, which means I'll have to experiment to get some recipes right (the stroganov came out quite dry but still tasty). There's also no quick reference to prep time. You have to read the actual recipe to see how long it will take to make, and in one case I didn't see the mention of marinading time and so that set back dinner by an hour. I know now to read the recipes carefully before hand, but a quick prep-time reference at the top, like in some of my other cookbooks, would have been most helpful.

I think this book will be particularly good come the holidays, when we have to bring dishes to the family get-togethers. I get tired of making the same green bean casserole or fruit salad every time, so I'm looking forward to trying out some of the dip and pasta salad recipes. Already I've worn a crease in the middle of the book from using it, and hopefully it won't start falling apart (a spiral-bound version would be fantastic).
Tweet